English translation of the meaning of quran Page No 598 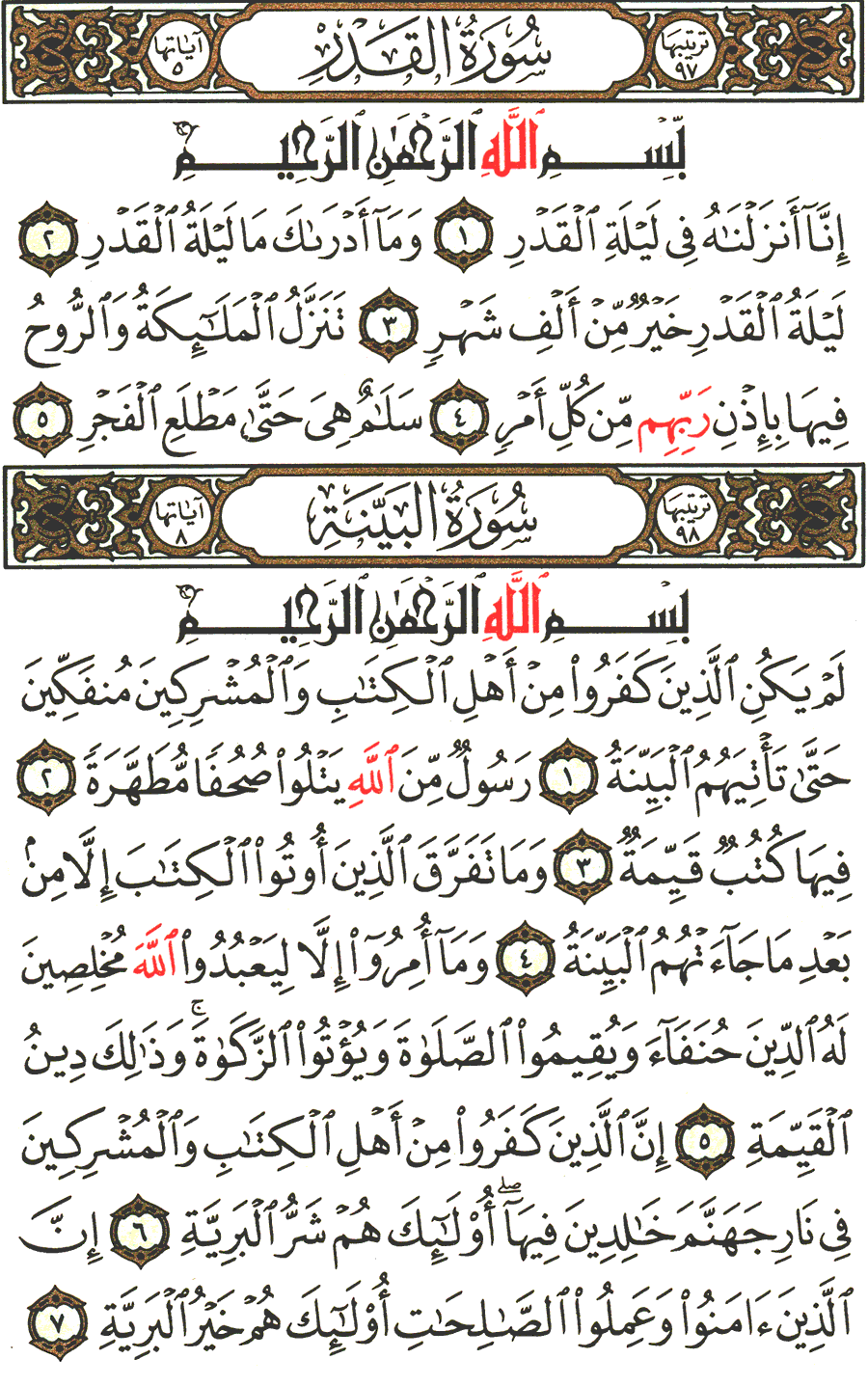 English translation of the meaning Page No 598

[3] (V.98:1) Al-Mushrikûn: polytheists, pagans, idolaters and disbelievers in the Oneness of Allâh and His Messenger Muhammad (saas).

[4] (V.98:6) It is obligatory to have Belief in the Messengership of the Prophet (Muhammad (saas)). Narrated Abu Hurairah (raa): Allâh’s Messenger (saas) said: "By Him (Allâh) in Whose Hand Muhammad’s soul is, there is none from amongst the Jews and Christians (of these present nations) who hears about me and then dies without believing in the Message with which I have been sent (i.e. Islâmic Monotheism) but he will be from the dwellers of the (Hell) Fire." (Sahih Muslim, the Book of Faith, Vol.1, Chapter No.240). See also (V.3:85) and (V.3:116).