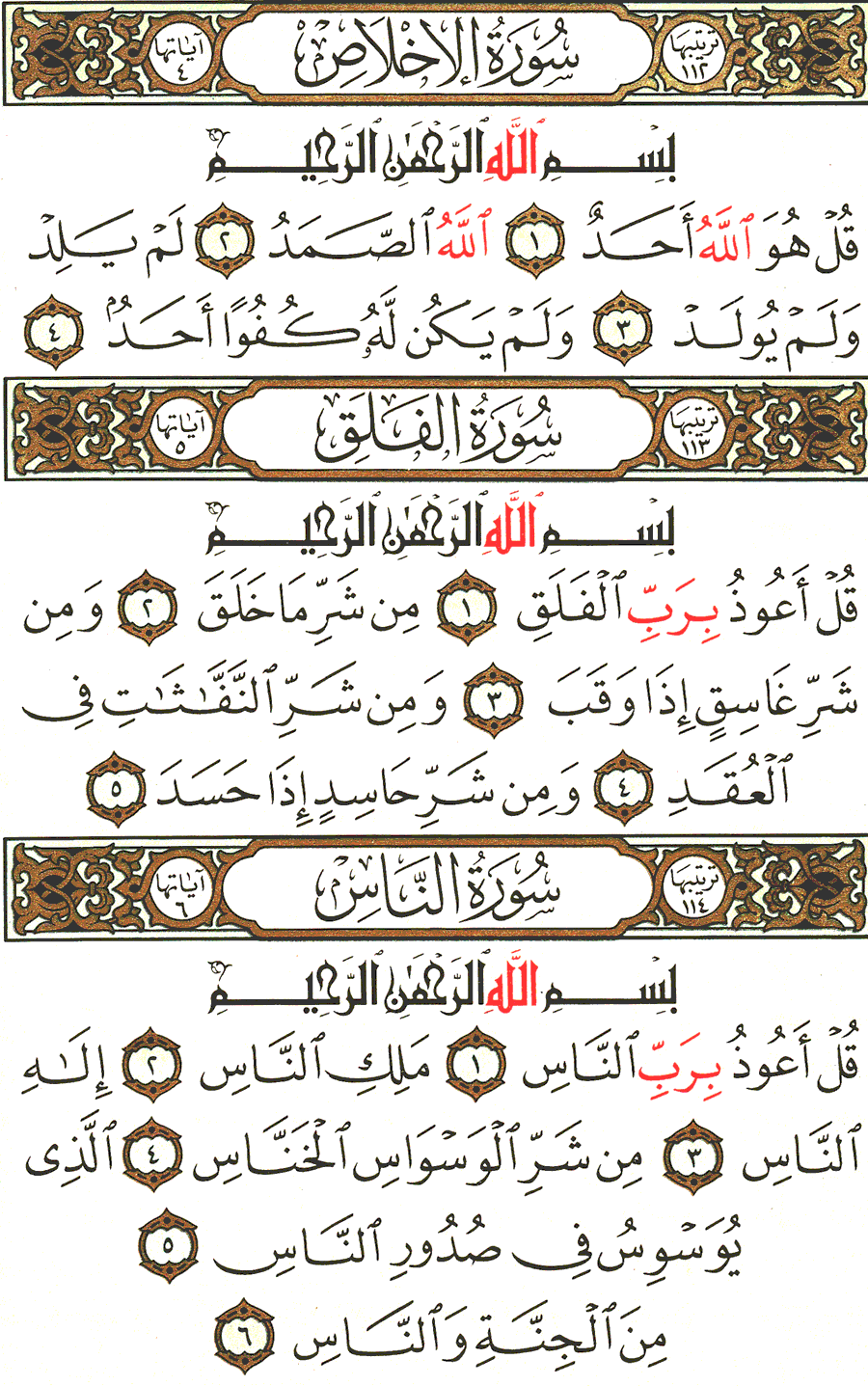 English translation of the meaning Page No 604

[4] (V.114:2) The Statement of Allâh (Lord Almighty and Exalted): ‘The King of mankind.’ Narrated Abu Hurairah (raa): The Prophet (saas) said, "On the Day of Resurrection Allâh will grasp the whole (planet of) earth (by His Hand) and shall roll up the heaven with His Right Hand and say, ‘I am the King. Where are the kings of the earth?’" (Sahih Al-Bukhari, Vol.9, Hadith No.479).

[5] (V.114:4) Narrated Abu Hurairah (raa): Allâh’s Messenger (saas) said, "The (Hell) Fire is surrounded by all kinds of desires and passions, while Paradise is surrounded by all kinds of disliked undesirable things."* (Sahih Al-Bukhari, Vol. 8, Hadith No.494).
* Inordinate desires and animalistic passions lead to the Fire while self- control, perseverance, chastity and all other virtues, and the obedience to Allâh and His Messenger ( saas ) lead to Paradise. What leads to Hell is easy to do while what leads to Paradise is difficult to do.